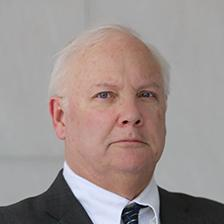 by Scott B. MacDonald
“Chief Economist for Smith’s Research & Gradings, Senior Associate at the Center for Strategic & International Studies (CSIS) and a Research Fellow at Global Americans. He is currently working on a book on the new Cold War in the Caribbean.”

Guyana’s economy is riding through the COVID-19 world in better shape than practically any other country on the planet. In 2020, the country’s economic growth is expected to be a little over 50 percent, which even in normal times would be amazing. The rate has been revised downward to 26% as a result of the COVID economic downturn. It can be said that Guyana, one of the poorest countries in the Americas, was long due some good luck, which finally came from massive offshore discoveries of oil. Guyana’s good luck on the economic front should continue into 2021, but the country has challenges which it needs to address if it wants to achieve a longer term and equitable trajectory of expansion. Prudent management of the nation’s resources will give Guyana an opportunity for a far better future, something that has to be carefully weighed against the corruption and uneven development of other oil-based economies, such as Nigeria, Equatorial Guinea and Venezuela.

One of the major challenges is governance. This comes at a number of levels, starting with the messy nature of the country’s electoral politics. The last election cycle commenced with a vote of no confidence in late December 2018, which was challenged by the standing government. Contesting the legitimacy of the no confidence vote dragged on through 2019 (complete with the involvement of the Caribbean Court of Justice), finally ending with national elections in March 2020. Even then, the results were held up through August, with the outgoing government finally agreeing to bow out (though the losing party still fights the results in court).

One outcome of this is that the new government of President Irfaan Ali presides over a fragile society divided over ethnicity and concerns as to who will benefit more from the spoils of the oil wealth. The high crime rate does not help matters, especially if ethnicity is involved as occurred in September 2020 with the murders of two teenagers and the apparent reprisal killing of a third.

Considering the convoluted nature of the 2020 elections the electoral process needs a review and overhaul, but it must be done with sensitivity to the country’s ethnic mix. At the same time, there is a need to overhaul the judicial system (to reflect the changes coming into Guyanese economic life and society) and to improve the regulatory system so that it is friendlier to both local and foreign businesses, which could help facilitate greater investment (including the non-oil sectors of the economy). In the World Bank’s Ease of Doing Business Ranking index, Guyana scored 134 out of 190 countries, behind Iran and Nigeria and slightly ahead of Zimbabwe and Cabo Verde, not exactly a robust showing.

Guyana also needs an upgrade in its infrastructure. As an Inter-American Development Bank report in 2019 observed: “The infrastructure stock is inadequate to support delivery of public services or facilitate private sector growth. The country’s transportation infrastructure (roads, airports and seaports) requires substantial improvements to support the growth of the private sector.” High energy costs, dependability of electricity and upgrading the country’s telecommunications system also need attention.

Another area of improvement is in human capital, a critical resource. Although efforts have been made to improve the education system, the new oil-based economy is creating demand for everything from skilled welders to accountants and engineers.  Related to upgrading the school system, is the need for further efforts to inject further professionalism into government service, with an emphasis on reducing patronage.

To be fair, according to the international corruption watchdog Transparency International, Guyana scored well in an 18 country survey (including most of Latin American and Caribbean states) that asked if respondents thought government corruption is a “big problem”. While most of Latin Americans respondents provided an answer of 90 percent and above, Guyana finished only behind Barbados and ahead of the Bahamas and Jamaica, with 59 percent believing this was case. But at close to 60 percent there is room for improvement.

According to the International Monetary Fund, 2020’s global economic contraction is expected to be followed by a 5.8 percent expansion. Advanced economies are expected to grow by 3.9 percent and emerging market and developing economies by 6.0 percent. China, which the IMF sees expanding at 1.8 percent in 2020, is expected to strongly rebound by 8.0 percent next year. All of this is important for Guyana. Its up and coming oil export machine will see greater demand. Consequently, the need for Guyana to upgrade its governance, educational and infrastructure systems has a greater sense of urgency.

Guyana is no longer the isolated country on the northeastern shoulder of South America it once was. The combination of massive oil discoveries; improved global communications; and a better-connected diaspora in North America, the United Kingdom and the Caribbean means that Guyana is no longer on the outskirts of the global economy. It has attracted large multinational companies, including the likes of the U.S.’s ExxonMobil and Hess, Spain’s Repsol, and China’s CNOOC. It has been wooed by the U.S., which in 2020 sent its Secretary of State (the first ever) to Georgetown. China has also sought to gain a foothold. Consequently, to make certain that the Guyanese people are well served for the future, the government, civic society and professional organizations need to maintain a serious approach to upgrading how their country is governed and works.  There are plenty of oil curse train wrecks out there; Guyana’s aspirations should be to steer a governance path to a higher level, especially before global economic growth resumes at a stronger clip and oil prices rise again.