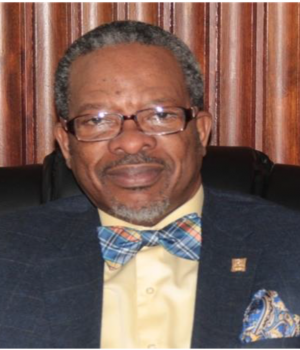 By Ivelaw Lloyd Griffith. Former Vice Chancellor of the University of Guyana, Senior Associate with the Center for Strategic and International Studies-CSIS and Fellow with the Caribbean Policy Consortium-CPC in Washington, DC. His next book, Challenged Sovereignty, will be published by the University of Illinois Press.

Northern South America is heating up, and not just because of the massive oil fields that have been discovered offshore Guyana since May 2015.

On January 7, 2021, the day after the insurrectionist rumblings in Washington DC, Venezuelan leader Nicolás Maduro launched a saber-rattling measure when he issued Decree No. 4.415 claiming sovereignty and exclusive sovereign rights in the waters and seabed adjacent to Guyana’s coast west of the Essequibo River. The decree created a strategic zone called “Territory for the Development of the Atlantic Façade” that includes the Atlantic façade of the Orinoco Delta up to 200 nautical miles.

According to President Maduro, establishment of the zone is “part of the battery of legal, diplomatic, political and State actions to defend our sacred rights of 200 years of the Republic.” The decree provides for a single authority to manage all aspects of “strategic area.” It has a Board of Directors with representatives from the seven vice presidencies, the armed forces, and the Ministry of Foreign Affairs, with a mandate to handle revenue, taxes, and import facilities, among other things.

The decree is part of Venezuela’s reaction to the December 2020 World Court affirmation of jurisdiction to consider a case brought by Guyana. The case pertains to the dispute triggered by Venezuela’s claim raised in 1962 that the 1899 Paris Arbitral Award that settled the border between the two countries was based on collusion between some of the arbitrators and was therefore null and void. Venezuela claims all of Guyana’s Essequibo territory, which is some 75 percent of the oil-rich nation. The dispute underwent many twists and turns over the past five decades. All attempts at resolution failed, leaving the United Nations Secretary General no choice in 2015 but to clear the way for World Court adjudication. The stage now is set for the Court to consider the substantive matter of the validity of the Arbitral Award and render a judgment, likely to be favorable to Guyana.

Venezuela has intimated and threatened Guyana before January this year. It did so in October 1966, just five months after Guyana won independence from Britain, when it deployed troops to seize and occupy the Guyana portion of the border island of Ankoko. The troops are still there on the 7-km² island, which lies at the confluence of the Cuyuni and the Wenamu rivers.

Two years later, in July 1968, President Raúl Leoni issued a “Decree of the Sea” aimed at annexing a 12-mile belt maritime space along the coast of Guyana between the mouth of the Essequibo River and Waini Point as part of the territorial waters and contiguous zone of Venezuela. The decree also ordered the Venezuelan armed forces to impose supremacy over that belt of sea.  The following year, they made a failed attempt to instigate a secession of Indigenous citizens in the Rupununi. The Guyana Defense Force successfully quelled the insurrection on January 2, 1969.

The year Maduro became president, 2013, witnessed more intimidation, with the Venezuelan Navy’s seizure of the oil exploration vessel R/V Teknik Perdana that October. The seismic research vessel, under contract with the American oil company Anadarko, had a 35-member multinational crew, from the United Kingdom, the United States, Russia, France, Brazil, Malaysia, Indonesia, and the Ukraine. Indeed, the captain, Igor Bekirov, was Ukrainian. The vessel was released five years later, on December 22, 2018. The crew’s global diversity reflects the broad international stakeholder interest in Guyana petroleum and minerals, both by investors and states with geopolitical interest in South-America’s sole English-speaking republic. But investors need a peaceful climate for investment, which is one of the reasons they stayed away during the 1970s and the 1980s.

Maduro stepped up the provocation in May 2015, by Issuing a decree asserting Venezuela’s sovereignty and sovereign rights over Guyana’s entire maritime area adjacent to the Essequibo coast, and authorizing its navy to enforce jurisdiction.  His Decree 1.787 divided Venezuela’s coast into four defense areas. One of them was the “Zona Operativa de Defensa Integral Maritima Insular Atlantica” (ZODIMAIN) Atlantica, or Atlantic Operational Maritime and Insular Defense Zone, which extended from the Promontory of Paria to the border with Trinidad and Tobago.

The decree included the Essequibo maritime space, with specified coordinates purporting to annex almost the entire Guyanese maritime zone. It also affected the sovereignty of several neighboring countries, causing Guyana, Colombia, and other countries to protest it. Caracas then back peddled, and issued a superseding decree, No. 1.859, which withdrew specific coordinates for the ZODIMAINs.

The provocations described above are just a handful of the aggressive moves against Guyana. That decree was a direct reaction to the massive offshore oil discovery in Guyana with an estimated 8 billion barrels that very month. The Stabroek Block, located some 120 miles offshore in the Essequibo maritime space, is 6.6 million acres. While ExxonMobil features prominently in relation to the discovery, the project involves a partnership that involves American-owned Hess Corporation and China’s National Offshore Oil Corporation.

This year’s decree has been the most provocative measure, given the magnitude of its repudiation of Guyana’s sovereignty by incorporation of so significant an amount of the country’s maritime space. Significantly, too, the maritime space with high-visibility petroleum extraction and exploration that is poised to be an economic game-changer for Guyana and the investors involved. Understandably, Guyana repudiated it. In a special address to the nation on January 9th, President Irfaan Ali was adamant that “Venezuela’s attempt to claim for itself the seas and seabed adjacent to the coast west of the Essequibo River is another legal nullity, which will receive no legal regard from any other State in the world, including Guyana.”

The intimidation took a new form on January 21, 2021, when Venezuelan naval vessel Comandante Hugo Chavez GC 24 arrested and detained two Guyanese-registered fishing vessels, the Lady Nayera and the Sea Wolf, with a dozen fishermen, that were operating off the coast of Waini Point within Guyana’s Exclusive Economic Zone. The captains were ordered into Port Guiria where the boats and crew were detained. This escalation of the intimidation drew more condemnation from Guyana and other countries, including the United States and the European Union. CARICOM and the OAS also repudiated the actions. So, the fishermen and the vessels were released on February 3rd.

Venezuela took its provocation to new heights—literally—shortly afterwards. The Guyanese authorities maintained that on March 2nd, two Venezuelan Soviet-made Sukhoi SU 30 fighter jets overflew the community of Eteringbang and the airstrip at a threatening 1,500 feet altitude. The fighter jets circled the location before departing. In lodging a strong diplomatic protest, Guyanese Foreign Minister Hugh Todd condemned the overflight, declaring it an act of aggression and a violation of Guyana’s sovereignty. Speaking in the National Assembly on January 28, 2021, he added, “the incursion of our territory of the two Venezuelan fighter jets is a clear indication that the government of Venezuela is prepared to use aggression and intimidation to accomplish what cannot be accomplished by legal means- the surrender by Guyana of its patrimony.”

Clearly, the heat is on in northern south America, where Venezuelan action has raised anxieties in the world’s newest petrostate. The anxieties surely are felt elsewhere, though—by the foreign and local investors involved, and countries such as the United States, Britain, China, Canada, Spain, Israel, and others with geopolitical or geoeconomic interests there. Venezuela’s saber-rattling surely will influence how the authorities in Georgetown invest some of their petrodollars to strengthen their security and diplomatic establishments and address some of the infrastructure, social, and other needs of citizens in the Essequibo territory and the country as a whole.