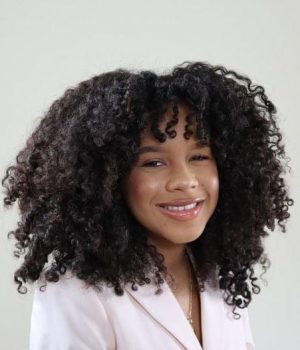 “Jea Ramsammy Adams is a remarkable student and person. She is a force of nature” says Kate Follete Astrophysicist, Asst Professor of Astronomy- Jea’s mentor at Amherst College

Guyanese, Jea Ramsammy Adams has been accepted at Harvard University to study Astronomy and Astrophysics.

Jea has said “I’m so excited to share that I’ll be starting my Ph.D. in Astronomy and Astrophysics at Harvard this fall! This was an incredibly difficult decision to make, but one that I was so grateful to have, and I couldn’t have done it without the help of my amazing mentor”

When asked about her aspirations in an interview with the Banneker Institute, Jea replies, “I’d love to spend the rest of my days unearthing the secrets of the universe, and sharing those secrets with the rest of the world. Accomplishing the first bit likely means getting a doctorate, becoming an astrophysicist, and possibly a professor. However, my greater goal lies in the second part: sharing.” 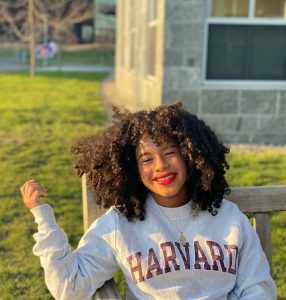 My education in Guyana was filled with incredible teachers and mentors, but access to the science that entranced me the most, astronomy, was very limited beyond documentaries. This is the case for many other developing countries across the world.

As I slowly make my way along this path, I’d like to help create a platform to share the resources I receive with those who may not be able to sit in the same classrooms or visit museums to learn about the beautiful science of our universe. I don’t know where I’d be without the videos and blog posts of kind strangers to compensate for the math and physics that were lacking in my own education, and I hope to contribute to making astronomy just as accessible to others.”

Jea wrote in her application, that in her native Guyana where she attended Queens College, “the skies drove the vast majority of my people’s understanding of the world.” She became obsessed with reading her grandfather’s books. She soon however discovered that the teaching of astronomy was virtually nonexistent in her area, and so she felt that a career as an astronomer would be impossible. But, as her Professor said Jea IS A FORCE OF NATURE!

Jea Ramsammy Adams is named a 2020 Goldwater Scholar by the Barry Goldwater Scholarship Foundation. She also was awarded the M. Peterson Prize from the Five COLLEGES.
And the AAS Chambliss Prize, Honorable Mention for her poster at the 2020 Meeting.

“In what is swiftly becoming one of the most exciting astrophysical fields today, my goal is to contribute as much as I can to the search for these new worlds,” Adams wrote in her Goldwater application.

Since the summer after her first year at Amherst, she has been engaged in astronomical research with Kate Follette, assistant professor of astronomy, who has attracted attention for her work in studying young exoplanets.

Jea will begin her PHD .Astrophysicist in the fall of 2021 at Harvard University