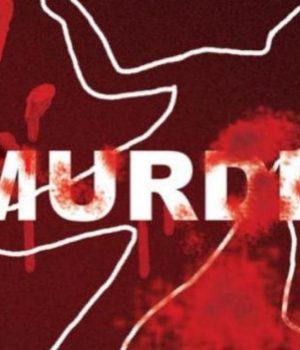 A woman, who has not been identified by the police, has been arrested as investigators probe the murder of her reputed husband, 46-year-old Darren Harris, of ‘E’ Field Cummings Park, Sophia, Georgetown.

According to the Police, Harris was stabbed to death on Thursday night at about 21:30hrs in Sophia.

Police investigations revealed that Harris and the woman were in a relationship, which ended about a week ago due to domestic issues.

According to a female witness, she overheard an argument on the road and later saw Harris lying on the roadway with the woman mere feet away from his body.

The witness raised an alarm and the EMT ambulance service subsequently arrived and pronounced Harris dead.

The woman was later arrested at her home where it was observed that she was bleeding profusely from a wound between her right index and ring finger.

She claimed that she and Harris were involved in a fight, during which, he chopped her fingers.

She further claimed that she relieved him of a knife and inflicted injuries on him before discarding the knife.

She is at the Georgetown Public Hospital seeking medical attention.

The body of the deceased is at the Lyken Funeral Parlour awaiting a post mortem examination.