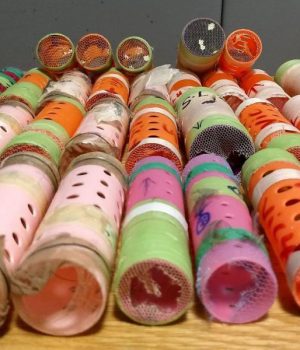 Customs and Border Protection officers discovered the finches during a secondary baggage examination after the 26-year-old man arrived on a flight from Georgetown, Guyana, the federal law enforcement agency said.

The man, who was destined to an address in New Jersey, was not criminally charged; however, CBP say they assessed a $300 civil penalty, allowed the man to withdraw his request for admission, and placed him on a Guyana-bound flight on Monday.

The finches were quarantined before being turned over to U.S. Department of Agriculture Veterinary Services.