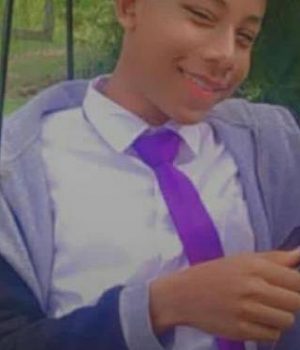 The lifeless body of 15-year-old Adyemi Azeez, a student of Abrams Zuil Secondary School on the Essequibo Coast has surfaced at Onderneeming beach on Saturday morning.

Azeez disappeared while outing with friends at the beach on Thursday at around 13:30hrs.

The body of the teen was discovered among some rocks at the beach by his father.

According to reports received from the police, the deceased along with some of his school friends went to the home of another 15-year-old student of Onderneeming, where they cooked and relaxed. At about 13:00 hours, they all left and went to the Onderneeming beach where the Azeez and three other friends went into the water of the river which was ‘pulling’ heavily.

They managed to pull three of those in the water to safety. However, Azeez reportedly went underwater was not seen anywhere in the river and was feared drowned.

The matter was reported and police ranks went to the scene. A search party was formed and a search made in the river for Azeez.

The body is currently awaiting a post mortem examination.