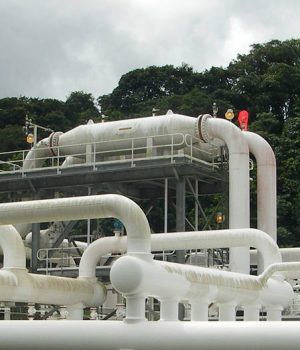 Transfer pricing risk has the potential to result in considerable revenue loss for energy exporting countries such as Guyana and Trinidad and Tobago, according to a new study.

“Optimizing natural resource rents has re-emerged as a leading policy objective with transfer pricing risk mitigation being a key modality,” highlights the document published by the UN Economic Commission for Latin America and the Caribbean (Eclac).

In the case of Trinidad and Tobago, the research points out that when natural gas is sold in markets with higher prices, the benefit of those higher prices does not reach the government due to the structure of the contracts.

Previously, the Caribbean country’s energy minister Franklin Khan argued that contractual and commercial arrangements had “severely compromised the value received by Trinidad and Tobago for LNG.”

Citing findings from a gas master plan report, Khan said that the potential loss averaged US$6bn/year between 2011 and 2014.

The research, available here, recommends a roadmap to address transfer pricing risk that includes designation of a revenue authority to set a fair price, implementing advanced pricing agreements, and establishing a reporting and monitoring framework.

Earlier this month in his inaugural speech to parliament, Guyana President Irfaan Ali told lawmakers that legislation would be introduced to publish details of oil and gas revenue and expenditure in the official gazette.

“Failure to do so will be punished severely under the law… the revenues from the sector, like all other sectors, are the peoples’ money; they are entitled to know how much money is earned,” said Ali.

For its part, Trinidad’s government has been working to improve the state’s share of returns from upstream contracts.