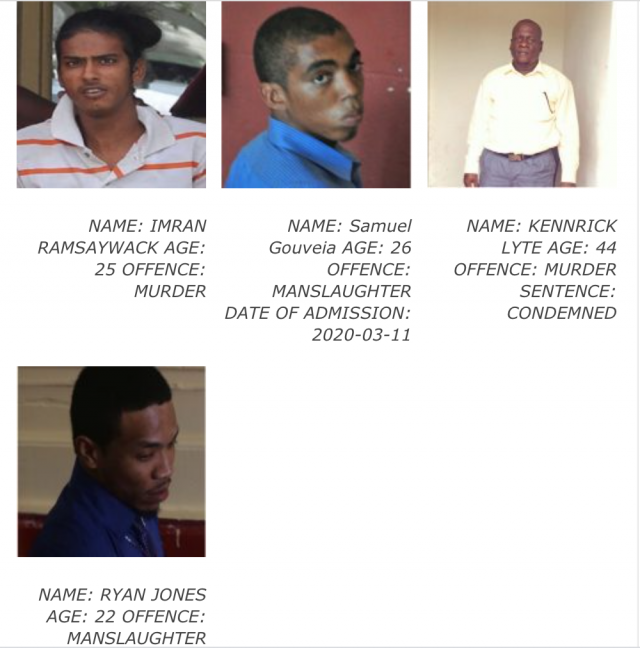 Imran Ramsaywack, Samuel Gouveia, KENNRICK LYTE and Ryan Jones are wanted by the police for Escaping from Lawful Custody (Mazaruni Prison) on February 16, 2021.

The Guyana Police Force in its efforts to recapture the inmates, is appealing to members of the public, relatives and friends to give any relevant information as to the whereabouts of these escapees so that they can be captured and returned to the prison.

An appeal is being made to the escapees to surrender to the police or relevant authority, to avoid any serious confrontation that is likely to result in the use of force. All information will be treated with a high degree of confidence and also the rights of those escapees will be respected and upheld.

An Investigation of the Artificial Intelligence, Robotics & Data Science degrees offered Online through the University of Applied Sciences (IUBH), Germany

The Anguish Of An Unforgettable Love Affair! Loving Guyana In The...