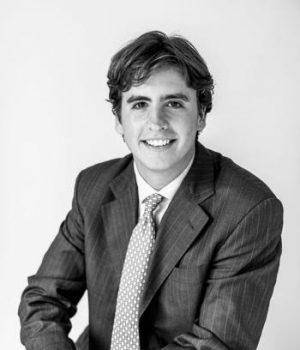 Arthur Deakin is the co-direct of AMI’s energy practice, where he helps businesses expand successfully in Latin America. By conducting political, economic and other risk analysis activities for the energy sector, Arthur helps clients make strategic decisions to generate profit and avoid mishaps in the region.

Starting in January 2020, the International Maritime Organization required ships to reduce sulphur emissions by 80%, transitioning vessels away from a historically dirty bunker fuel. This important shift collided with an upsurge in climate-friendly investments as the world became increasingly aware of its surrounding environment. In Latin America, these stricter fuel emission policies and tighter environmental controls have increased the demand for light sweet crude oil, a fuel with low sulfur content that is less harmful to the ecosystem.

Brazil and Guyana, Latin American countries with high quality crude, have an abundance of clean oil and will benefit from this regulatory shift. Venezuela, Colombia, Ecuador and Peru, whom tend to produce heavy sour crude, are seeing demand plummet. In fact, Colombia’s rig count, a good indicator of oil activity, was down 59% in September compared to the same month in 2019. Venezuela, who is also struggling with U.S. sanctions, saw oil production hit a historic low in October 2020.

Latin American countries producing heavier crude are also suffering from lower oil prices and higher breakeven costs, subsequently limiting foreign investment in exploration and production (E & P). Colombia, for example, saw a 37% decline in foreign direct investment (FDI) in its hydrocarbons sector. In Peru, FDI fell 72% in the first semester as the country shut down its economy.  If foreign investors can’t book a profit because the price of oil is lower than the cost of extracting it from the ground, they are likely to turn to other jurisdictions. Lower investment in E & P also tends to cut into future oil production, as there is a delay in technological investments and less explored territory.

While producers of heavy crude attempt to regain their footing in a changing global environment, Brazil and Guyana are capitalizing on their lower breakeven costs and high-quality petroleum.  Petrobras, Brazil’s state-owned oil company leading the country’s pre-salt exploration, exported a record amount in April 2020, most of which went to China who is seeking cleaner fuel. Guyana, with an estimated 9 billion barrels of oil and a current breakeven price of US$35/barrel, is also ramping up production as one of the cheaper options in the region. For its second phase of oil development, the Liza Unity, the breakeven cost will fall to US$25/barrel.

Despite the economic attractiveness of Guyana’s oil sector, the Inter-American Development Bank (IDB) warned that the Guyana’s window of opportunity to get things right is “very narrow”’ as the world shifts to renewable energy. Key energy players, such as British Petroleum (BP), are also discussing the possibility that oil is nearing its peak demand. In two hypothetical scenarios, BP’s energy outlook report states that the world has already reached “Peak Oil.” In the third scenario, in which business continues as usual with no additional push towards renewables, BP says that oil demand will remain relatively unchanged until 2035, where it will then see a continuous decline.

Although BP and the IDB are well-respected references in both the energy sector and the region, it is important to take a step back to evaluate the entire picture. Coal, natural gas and oil still account for more than 80% of the world’s energy, a percentage that is even higher among less developed countries. The transition into renewables is progressing gradually and still lacks the appropriate infrastructure for battery storage. In fact, using history as a precedence, it took over 100 years for oil to overtake coal as the world’s top energy source after it was discovered in 1859.

The sizeable capital needed to accelerate this transition is also just starting to appear as investors begin to receive higher returns on their climate-friendly investments. In the early 2000s, green venture capital (VC) investments suffered a cycle of boom and bust, losing over half of the U$25 billion they had invested. These VC firms erroneously used financing models for technology companies and applied it to sustainable energy. Now, with more experience under their belts, VCs are enjoying public support and government-friendly regulations for green energy, which are contributing to higher returns on investments.

However, outside of VC firms, renewable energy investments are still far short from what is needed to allow for mass deployment of these technologies. For countries to fulfill their Paris Agreement objectives, the International Renewable Energy Agency (IRENA) predicts that green investments need to double in value.

A geo-political dilemma is also beginning to take shape in China, the clear leader in green energy investment. The communist government has invested heavily in renewable technologies and has used its extensive state-control to take over the world’s renewable energy supply chain.  China already produces more than 70% of the world’s solar modules and nearly half of the world’s wind turbines. It also controls 77% of the cell capacity for lithium-ion batteries, which are used in electric vehicles and to store power.

The United States would be smart to increase renewable investment and support traditional energy players that can curb some of the Chinese influence in Latin America. With a likely Biden Presidency, the region as a whole will be under pressure to transition towards greener energy and stricter environmental controls. Exxon Mobil, the American oil and gas company operating Guyana’s Stabroek block, has already established limits for long-term flaring and water-quality controls to prevent any negative environmental impact during the extraction of oil. Supporting Exxon, an American company that is committed to reducing greenhouse emissions, will be important step to strategically offset China’s increased demand for cleaner crude.

Although the International Energy Agency is predicting that energy investments will fall by 20% in 2020, Exxon has reiterated that it will to continue to invest heavily in Guyana. This is reflective of not only the company’s commitment to the country, but also Guyana’s potential for low breakeven costs and billions of barrels in high quality crude. As the world shifts to a new normal, finding these key regional “treasures” will be fundamental for the U.S. to continue to be a dominant player in the energy world order.