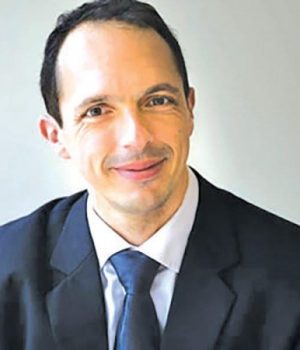 By Dr. Remi Piet, cofounder of Embellie Advisory, a company dedicated to above-the-ground-risk analyses and social license to operate for extractive sectors in emerging markets. He teaches energy geopolitics and methodology at HEC Paris in Qatar and is a research associate at the UM/FIU EU Center (Miami).

Local Content requirements are one of the main ways to increase the contribution of extractive industries to the development of host countries. The idea is fairly straightforward: trickle foreign investments into the local economy through job creation and local contracts. In return companies can integrate better in the country through local partnerships, while participating directly to its sustainable development.

If the concept is simple, the question of how to better ensure companies and governments participate in the effort remains however open for debate.

There is a structural perception gap on the question of local content. On the one hand, the political expectations of government and citizens are that they own the resource, concede its extraction to a company and should preserve as much local content value as possible. On the other hand, energy actors operate in an international global market of suppliers and contractors abiding to global norms far different from local regulations. They are ill equipped to be the pilot of local content development nor responsible for local entrepreneurship, in particular without the proper institutional backing and governance tools.

This ongoing debate around the world is particularly relevant and timely for Guyana. The country has made headlines over the last few years for the staggering oil discoveries off its coast by Exxon, Total, Repsol, and others. The forecasts of an economic boom in Guyana were prompt to follow, generating exaggerated expectations in the capacity to improve the Guyanese daily life without strong governance tools.

After months of political instability and contested election results, Guyana has now democratically transitioned back to the People Progressive Party (PPP), with the topic of local content regulation high on the national agenda. In a welcome sight of appeasement, experts on both sides of politics have weighed in on the contours of a future Local Content Law to go beyond the existing policies.

Quota or no Quota?

The possibility and relevance of a quota for Local Content in the future law dominated the debate, as it is often the case. Yet a comprehensive analysis needs to dig deeper, clarify the methodology used to design local content processes and strategies, identify compatible sectors and possible long-term partnerships, as well as map the Guyanese business ecosystem and its actors.

A study of similar cases in the world offers an interesting comparative light and best practices. A legal framework does give the authority to ensure corporate actors commit to developing local content. However, the inclusion of a set quota can have counterproductive effects if it is not accompanied by initiatives to entice and facilitate the implementation of local content strategies. This was in particular the case in Zambia where the harnessing of the extractive sector with strict local content rules limited its contribution to the economy.

The industry is also prompt to underline the absence of Local Content law and quota in Botswana, a country who has experienced sustained growth relative to its neighbors. Yet the same voices fail to mention that lax regulations on extractive industries often lead to a widening of inequalities and resource curse distortions. Chile and Congo respectively would be prime exhibits of these claims.

A quota is a number. As such it has the benefit of offering a clear, albeit often simplistic, target. But to be effective a quota has to be implemented incrementally. More important even, the success of a quantitative hurdle depends on strategies defined in partnership between companies, stakeholders and government. Without transparent institutional processes and tools, development goals will not be reached.

Adopting a Local Content Law is popular with citizens who want to make sure somehow that the issue is being tackled by their government. The simplest way for the government is to pass a law. However, the mere establishment of a quota would fail to include guidance on the monitoring processes and regular dialogue needed between government, stakeholders and companies.

Companies and government need to meet regularly in good faith and openly to share the genuine constraint that energy companies face as well as the long-term targets and commitments defined together. More than a quota, the solidification of a dialogue and oversight process is essential. Sound methodologies do exist as well as innovative online platforms which allow to monitor transparently local content progresses, provide early alerts and create sustainable value.

Mozambique offers an interesting comparative case study for this. In a country whose development conditions are similar to Guyana’s, the government has opted so far for relatively low legal local content requirements while large energy actors such as Total focus on the quality of local content processes themselves rather than a hard number.  Local content strategies focus on an efficient engagement and communication between companies and authorities advocating for dialogue and an understanding of overall local content challenges to be addressed in the country.

The key to success for governments is to channel resources into a common survey of local content potential in the country and facilitate development beyond the energy sector to ensure diversification of the economy. For companies, the focus needs to be on developing local skills and securitizing opportunities for local content within suppliers’ contracts. All this in a transparent manner using local content management platforms with results made available to citizens.