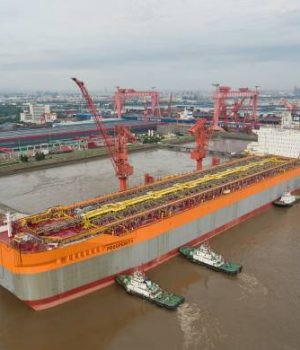 News Americas, WASHINGTON, D.C., Mon. Nov. 2, 2020:  If you are lending money, you want to ask yourself two main questions as part of due diligence.

The first is: can the borrower repay the entire loan when the loan comes due; and the other is, are you being paid a fair interest rate for the risk you are taking on with a particular borrower?

On Wednesday, October 28th, 2020, during the HESS investor conference call, a question was raised by an investment analyst representing one of the largest banks in the world, JP Morgan. The analyst pointed out that the Payara capital cost of US$9 billion, came in higher than his expectations.

But what about the Government of Guyana, did the Payara capital cost seem reasonable when it granted the Payara production license?

Now, there may be a good reason why the analyst asked the question. His bank, JP Morgan, had loaned US$1 billion to HESS in March 2020. JP Morgan would have performed their due diligence in March, likely taking into account the anticipated Payara capital costs before they loaned HESS a billion.

Thus, with the Payara cost coming in above expectations, JP Morgan may be worried the loan is riskier than it first anticipated. The Chief Financial Officer (CFO) of HESS, did his best to explain why the capital cost came up to US$9 billion.

He first threw out some numbers and arrived at a US$7.5 billion figure and then added, “…, we do have some pre-sanctioned cost to add. And I know Exxon has got some additional contingencies beyond that.”

This is a vague explanation to get to US$9 billion. The extra $US 1.5 billion is approximately the size of Guyana’s annual budget and should be of great concern to the government.

The table below compares the gross capital cost per barrel across the first 3 wells of the Stabroek block     they are Liza Phase 1, Liza Phase 2, and Payara.

That means Payara is inflated by US$4.3 billion compared to Liza Phase 1.

This is not the first time the discrepancies in capital cost between wells in the Stabroek block is being raised to the public. Almost a year ago, in November 2019, I raised a similar issue between Liza Phase 1 and Liza Phase 2, in a letter that was published in a Guyanese newspapers.

If one recalls, the original capital cost for Liza Phase 1 was US$4.5 billion, but after Guyanese like Dr. Mangal pointed out issues, the cost was then reduced by US$700 million. Then reduced again, to a final amount of US$3.5 billion. Given our lack of ring fencing in the Stabroek Block, keeping the initial capital costs very high is one way for the oil companies to bridge the gap between the 18 wells to ensure the maximum 75% expense is maintained for many years.

Even if the capital cost for Payara is eventually reduced, by then, the next well would probably be approved ensuring we are bound to a measly 14.5% take from our oil resource for years.

The US$1.5 billion that was padded to US$7.5 billion to arrive at US$9 billion capital cost for Payara deserves a more detailed explanation than what was given by the Chief Financial Officer of HESS. We have magnitudes more at risk than JP Morgan.

On the Internet, you can find several hours of video and detailed explanation of every dollar of how Guyana’s US$1.5 billion budget will be spent. Did the Government of Guyana do a similar deep dive of US$9 billion cost of Payara?

Thus, can it let the people know why the Payara capital cost is almost twice that of Liza Phase 1 on a per barrel basis? Additionally, why are we paying US$4.3 billion more for Payara when compared to Liza Phase 1?