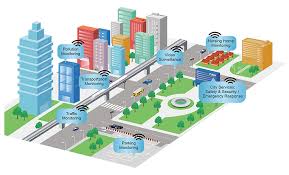 Minister of Housing and Water, Collin Croal, M.P, has announced that some 3,800 acres of land have been identified for immediate development of the new Silica City in the vicinity of the Soesdyke-Timehri area.

Minister Croal was at the time providing an update on the Silica City development project during his presentation at the National Budget debates on Friday.

The Silica City development project is a brainchild of His Excellency, Dr. Mohamed Irfaan Ali who had proposed the city’s establishment while serving as housing minister in 2013. The idea was based on the need for Guyana to have an urban centre that is complementary to the existing capital city of Georgetown.

Minister Croal explained that the project aims to tackle the issue of non-coastal urban settlement development and the challenges of climate change and sea-level rise. It will therefore see the creation of a vibrant, sustainable, resilient and modern city, and this vision is in keeping with the Low Carbon Development Strategy (LCDS).

“The ‘smart city’ approach is proposed for creating a new city that is compact, pedestrian-oriented, energy-efficient, interconnected and sustainable, comfortable, attractive and secure. A key area of focus is the preservation and enhancement of the valuable, natural and cultural resources of the area,” he added.

The projected population for this new city over the next 20 years, will be approximately 50,000 or 12,500 households. Therefore, within the first five years, it is expected that the city would be developed to cater for at least 3,125 households, approximately 625 units annually.

To this end, a preliminary development concept was completed, identifying the key features of the smart city approach in terms of residential and non-residential development, transport and infrastructure, sustainable urban drainage, conservation and tourism district, waste management, alternative energy, technological aspects and agriculture.

Minister Croal said that consultations are ongoing with the utility companies to coordinate the development of their infrastructure since it is anticipated that a shared utility corridor will cater for all utilities to be routed underground.

“Detailed designs have commenced for a golf course resort facility, an eco-industrial park and streetscape designs which are project initiatives of the new city,” he added.  Additionally, the design will commence this year for a first phase housing development within the proposed residential zone of the new city, after the block and topographic surveys are completed.