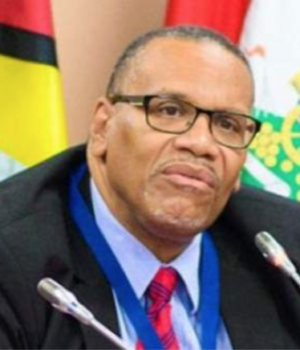 Republish from Jamaica Observer
GEORGETOWN, Guyana (CMC)— A senior official of the Caricom Secretariat has warned that the current vulnerability of the food production in the region is stark, as collectively the Caribbean continues to be buffeted by the coronavirus (COVID-19) pandemic, the ravages of climate change, pests and plant-borne diseases and other associated maladies, however, he noted that there are indeed opportunities.

“This is therefore not a time for lamentation but represents a call to action. Indeed, when cognisance is taken of the fact that the worlds food production needs to increase by 70 per cent by 2050 to feed the expanding global population, this represents a real opportunity,” Joseph Cox, the assistant secretary-general, Trade and Economic Integration, told the 94th Special Meeting of the Council for Trade and Economic Development (COTED) on Agriculture that ended on Thursday.

He told the virtual meeting that comprised of the region’s agricultural ministers that when nourishment is brought into the equation, the challenge and therefore the opportunities becomes even more pronounced.

Cox said that research has revealed that by 2027 the world will be short of 214 trillion calories per year, as the calorie production gap, the difference between calories used and calories produced, continues to widen.

He said growth in food demand emanates both from population growth and increasing per capita income over time as countries develop.

“In fact, with the exception of Belize and Guyana, all other Caricom countries are net food importers, with at least seven of these countries importing more than 80 per cent of their available food, rendering the Region a net calorie importer. This is a troubling data point, which mushrooms into a full-blown crisis when we are reminded that all foods are not created equal, even if they weigh the same.”

Cox warned also that the region is at a point where on average, acreage under use for agriculture is no longer expanding, as the arable lands are being repurposed for use in other economic activity.

He said this is compounded by the continued use of a flawed risk appraisal mechanism by our financial institutions, which only serves to inhibit agricultural investment and thereby hinder yield improvement.

“In fact, only 18 per cent of loan applications are approved across the region, while in some jurisdictions more than the 50 per cent of land under use for agriculture have no registered titles and therefore cannot be used as collateral in securing loans.”

However, he said the COVID-19 pandemic has not been a disruptor but an accelerant for change.

He told the meeting, chaired by Jamaica’s Minister of Industry, Commerce, Agriculture and Fisheries, Audley Shaw, that the challenges which have faced the region have created the space for sectors like agriculture to strategically pivot, to take ++advantage of the opportunities that arisen.

“In this regard, I come to the table therefore with a very basic perspective. I am not a glass half-full or a glass half-empty type of person. Instead, while others are deliberating about these things, I will drink the water and refill the glass,” he said, adding “this is the approach that I am commending to the 94th Special COTED on Agriculture, one of pure pragmatism.

“Therefore, as part of the necessary strategic pivot to create the requisite fillip for the region’s agricultural sector, emphasis has to be placed on four primary areas of reform: policy intervention, institutional strengthening, investment, and sector financing.

He said under the rubric of policy intervention the suggested areas include collateral reform through the establishment of a secured transaction framework that will facilitate the use of non-traditional types of collateral such as farm animals and crops.

Cox said strengthening research and development with emphasis on precision agriculture represents a series of strategies and tools that allow farmers to optimise and increase soil quality and productivity by implementing a series of targeted key interventions utilising high technology sensor and analysis tools.

He said this would facilitate even more opportunities for production integration.

Cox is calling for the establishment of a regional virtual extension platform affiliated with tertiary institutions to ensure that the knowledge being shared with the farming community is the most up to date and feasible.

“This process must be periodically audited to ensure that it is meeting its mandate, as upskilling and reskilling are an integral part of the strategic pivot in regional agriculture.

The Caricom official said that the decisions agreed to at the COTED will set the performance trajectory of the sector for many years to come.

“It is a new day for agriculture, whereby we begin to explore the benefits of the Blue Economy and as a collective stand firm against the Illegal, Unreported and Unregulated (IUU) fishing which has cost our region billions of dollars in lost revenues. It is a new day for Agriculture, where it is evident that the traditional dogmas must now be retired and the private sector will be required to step up their investment, role and sector engagement driven by strategic partnerships. The private sector is the engine of growth in the new dynamic and therefore must rise to the challenge”