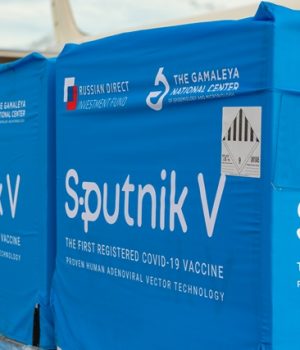 The Government of Guyana has received a quantity of the second doses of the Russian Sputnik V vaccine and will begin administration to those persons who received their first doses in April, from tomorrow.

This was announced by Minister of Health Hon. Dr. Frank Anthony during today’s COVID-19 update. The period to receive the second dose of the Russian vaccine is between four to twelve weeks.

“With the second dose that we now have, and we would like to give it to the persons who would have received their first dose in April. So, they are now coming closer to that 90-day period, and we want them to get first preference,” the Minister said.

Minister Anthony assured that all those who received their first dose of Sputnik V will be able to receive their second shot.

“We are now getting in these second doses. So, we have a set that came in, and next week we are going to get the next set so everyone who would have received their first dose of this will get their second dose.”

Guyana had experienced a delay in receiving the shipment of the second doses after there was a global shortage, due to the spike in the Delta variant of Covid. The Sputnik V vaccine has proven most effective against this variant.