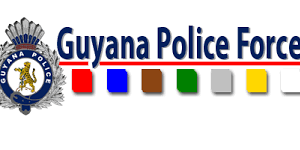 The Guyana Police Force (GPF) is reporting an almost 35 per cent decrease in all categories of serious crime from January 1 to March 31, 2021 to the corresponding period last year, except for rape. The Police recorded 450 incidents of serious crime for the said period this year, while it recorded 692 incidents of the same category of crime in 2020.

Statistics have shown that rape has increased from 42 incidents in 2020 to 61 cases this year.

Graph showing total number of serious crimes from Jan 1 to March 31 2021 compared to the same period 2020.

Other categories of serious crime which decreased from January 1 to March 31, 2020 to the corresponding period this year.

The Police also recorded a total of 142 robbery under arms for the same period this year, which reflects a decrease of 41 per cent, compared with 240 incidents of the same type of crime in 2020.

The statistics illustrate that most incidents of robbery under arms occurred on Mondays from January to March 2021; whereas, last year, the type of crime was committed mostly on Fridays.

Between January and March 2020, the weekend period accounted for 107 armed robberies. During the same period in 2021, 65 incidents of this crime was recorded, a 39.25 per cent reduction.

The GPF said some 177 incidents of this crime was committed on foot last year, compared to 70 documented incidents during the first three months of 2020.