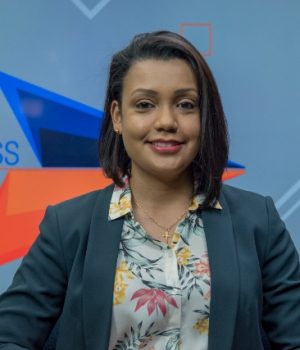 After more than three decades, sixty-five (65) households of informal settlers are soon to be in possession of their own land titles.

This comes as the Central Housing and Planning Authority (CH&PA) finalizes the regularization of Blocks ‘B’ and ‘C’, being portions of Block ‘D’, Plantation Great Diamond, East Bank Demerara.

Hon. Susan Rodrigues, Minister within the Ministry of Housing and Water, made the announcement on Monday at the Ministry’s Brickdam Street and United Nations Place, Georgetown location.

“We have engaged the National Industrial and Commercial Investments Limited [NICIL] because that area is now under their purview…It was taken to the Board and they approved the transfer of that area from NICIL to the Government of Guyana and we will administer the issuance of those titles through the Central Housing and Planning Authority,” said Minister Rodrigues.

She further explained that transfer was greenlighted through a March 25, 2021 Cabinet decision and NICIL is in the process of preparing the legal framework for the transfer.

The land was originally transported by the Guyana Sugar Corporation (GuySuCo) Inc. to CH&PA vide Transport No. 302/2005 to begin the process of regularization. However, the regularization process was stalled following the discovery that a portion of Block ‘C’ was owned by the Demerara Distillers Limited (DDL).

Three informal settlers, who were occupying the land owned by DDL were relocated to Prospect, East Bank Demerara early last year, through a partnership between DDL and CH&PA. Minister Rodrigues stated that the persons who relocated to Prospect would also  receive their land titles.

Minister Rodrigues stated that while the focus usually appears to be on those acquiring a new home or house lot, there is another side to providing sustainable housing.

“That other side to homeownership is what I have been discovering since I’ve been at the Ministry. In this area and others you have people living for decades in a home but they don’t have ownership and that is something that is usually overlooked but that is also part of homeownership,” Minister Rodrigues said.

She stated that ensuring those who have homes, also have the accompanying land titles and transports will be a priority, during her ministerial tenure